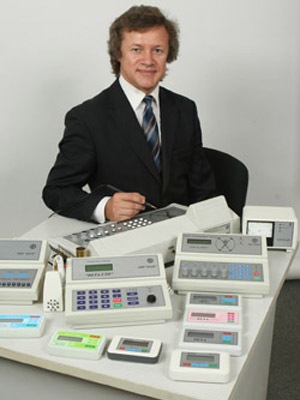 Academic – inventor of the Russian Academy of Natural Sciences, Sergey Petrovic Konoplev is the designer and manufacturer of medical devices that began in 1992 under his direction.  In 1996, the company has designed a device that was tested with great success in many clinics in Russia. In 1998 produced the diagnosis and therapy device biophotonics, which due to its innovation and uniqueness, patented as invention patent. That same year (1998) the Russian Ministry of Health has granted permission to the company to carry out medical examinations to the device in public hospitals.

After twenty years of scientific research, built portable biophotonic devices for individual use, with all the benefits of the method of biophotonics and to restore the complete physical, mental and emotional wellness. Now we present biophotonic portable devices for personal use. The New fourth Generation is the result of our long-term research  and represent the evolution of the first devices.